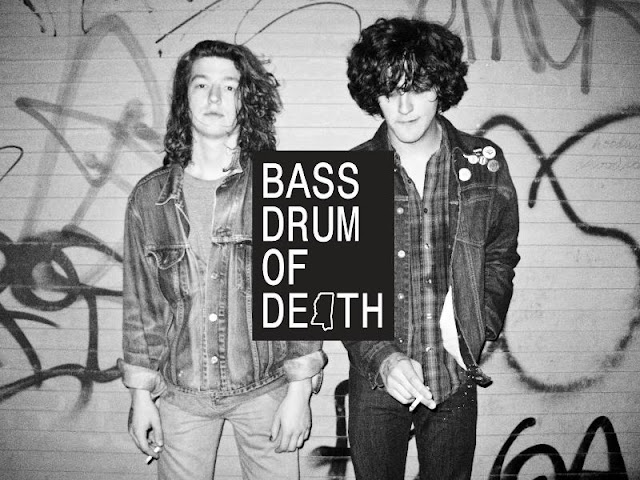 As we reported almost a year ago, Bass Drum of Death is a two piece band from Mississippi composed of John Barrett on guitar and vocals and Colin Sneed on drums. Together they make blown-out, blazing songs that Barrett writes and records himself using drums, a guitar, a USB microphone, and a computer before teaching Sneed to play drums for the live show, and now, apparently beyond. The songs are about drugs, religious girls, panic attacks, mild to severe depression, Elvis appearing in your dreams and giving you advice, gravity bongs, and the devil living inside your brain.

Now, with spring popping into full blossom, Bass Drum of Death is gearing up to release a brand new 7″ record, which includes our Jam of the Day, “I Wanna Be Forgotten.” While it’s being released in spring, it sounds more like everything we love about a summer night, especially those of us in subtropical environments like the southeast coast in June. It sounds like sticky nights, adolescent debauchery, and of course, rock and freaking roll. So if you are, or ever have been, into those sorts of things, you’ll like what you hear.

Listen below – and pick up the single when it’s out here.