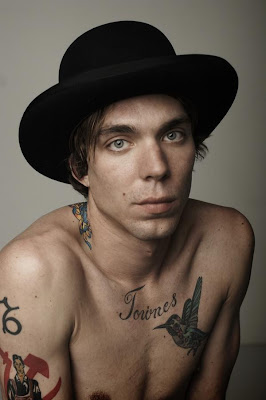 There once was a time you could find Justin Townes Earle touring with his dad, Steve, sort of hanging in the background while Earle and The Dukes did their thing. I never thought much of him ever becoming an artist with such a creative vision that he has now. Of course, I had no idea what kind of talent the man had hiding under his sleeves.

This new tune from Justin, who has just been named by GQ Magazine as one of the 25 best dressed men of 2010, supports what I already knew for the past year: everything he touches turns to gold. This time, he’s teamed up with the equally great Dawn Landes on a superb track called “Do I Ever Cross Your Mind.”

Brighten your day and have a listen below.