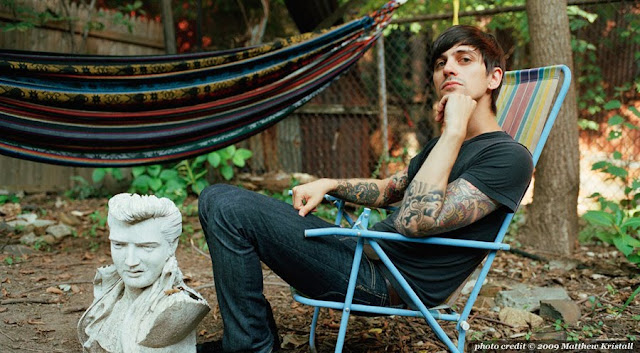 I hit music dorkness this week people.  Congratulate me…seriously give it up!  I was sitting at work, probably organizing a spreadsheet, when I heard Blake Sennett produced some dude’s new record, which got me all excited, and I  immediately went to research, emailing everyone I knew that would appreciate the news.

Blake Sennett, for those whodon’t know, is a member of Rilo Kiley and is the frontman of  the greatly under-appreciated band The Elected. He’s now responsible for laying down the tracks on Brooklyn-based singer/songwriter Jarrod Gorbel‘s upcoming  solo album Devil’s Made a New Friend. And, judging by the sound of the first single below, compared to the free EP below it, Sennett has put his smooth indie-soul spin on things in grand fashion.

“I’ll Do Better” incorporates all kinds of new elements into the mix. Gorbel’s deceptively simple melodies, warm arrangements and soulful, soaring voice were always what drove his previous band, The Honorary Title, but his new solo material brings those qualities into crisp focus in a way that makes the details even more beautiful.

In contrast, the Ten Years Older EP, which was Gorbel’s first released solo work, is stripped down and much more singer-songwriter…ish. No less beautiful than the new stuff, just not nearly as ornate. You can pick it up below for the penance of one email address that is actually valid.

Listen to and download the new single below by pressing that little arrow on the right side of the player.