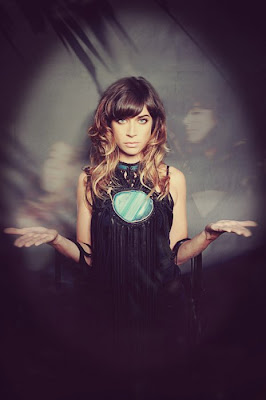 When I hear the word “break-up” to describe an album, I think of Bob Dylan’s Blood on the Tracks, Ryan Adams’ Heartbreaker, or Frightened Rabbit’s The Midnight Organ Fight. You know, albums filled with songs that are mainly about past lovers, heartache, and your life pretty much starting over.

Nicole Atkins’ new album, Mondo Amore (read our album review here), is a break-up album, but it’s a little different. There are vultures licking bones, prisons made of hotel plaster, and towers collapsing. Ghosts of past lovers? Sure. But, there really isn’t a sense of torture or bitterness. Instead, it’s almost as if Atkins is celebrating what has fallen, the aggressor searching for her next kill.

Atkins’ voice is her ultimate weapon. It’s more powerful that sweet, more backyard brawl than minor scuffle at a polo country club. There is blood being shed in her songs, wounds that require more than cosmetic Band-aids or gentle kisses.

Atkins’ songs are wars that leave scars, dark ones to boot.

She’ll be singing these new songs, and also songs from her first album, Neptune City, at The Firebird on Saturday evening with a band that she describes as “basically rock ‘n roll.” We caught up with the singer-songwriter from New Jersey over the phone.

So, things are going good, huh?

Yeah, things are going good. Shit is getting done.

Well, that doesn’t happen all the time, right?

The one thing about your new album — you really can’t put it into any kind of genre. Would you agree with that?

Yeah. I think it has lots of genres. But yeah, as a whole, it’s pretty non-definable.

Different from your last record. This one’s a little more heavy.

Definitely. I tend to listen to heavier music. That’s the way I intended Neptune City to sound as well, but it didn’t happen (laughs).

You know, I also think that this is an album you need to listen to from start to finish.

Yeah, that’s how I tried to make it. I wanted it to have a story, the arc of a story, you know?

That’s kind of a lost art these days. I think a lot of people tend to forget to do that.

It depends. Most of the music I listen to from bands that are my age, I think they still tend to care, which is good.

Would you call this a break-up record?

Definitely (laughs). I don’t think it’s sad per se, or angry, it’s just kind of like, “what the fuck just happened here, what was this all about?”

Take me back when you first started writing for this album, what was going through your mind?

Um…I’m trying to think of what the first song on the record was…it was “The Tower.”

I love that one.

Thanks. That’s my favorite one on the record, for sure. I came up with the melody — the melody was actually two different songs that I had for years, and I could never figure how to finish them. And then one day I was running, and it just kind of came together, the two of them were like, “Oh, we need to exist together.” I just wanted to write a concept song where it’s about building a relationship or building a home, and I wanted the music to mirror that concept of climbing. And then at the end, you just explode the building and then it falls apart. 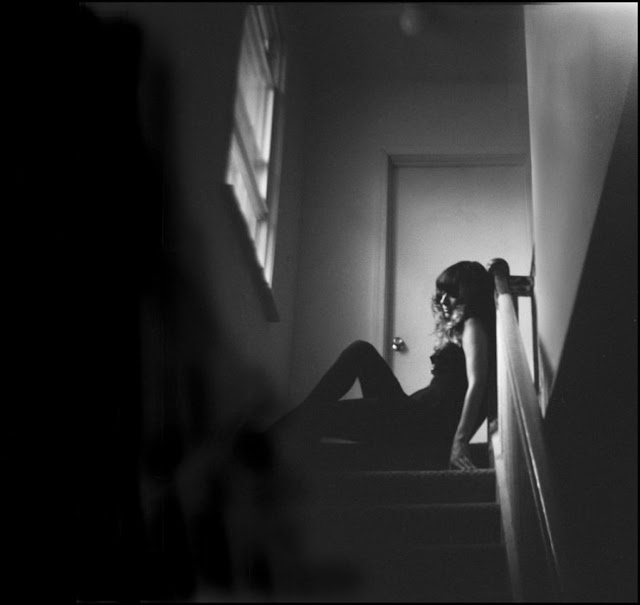 It’s a good way to close out the album. One of the better closing songs I’ve heard in quite a while.

When you’re talking about deconstructing things in your songs, is that a difficult thing to do for you?

Definitely. Most of the stuff I write is just melodies that come to me. And that’s what it is, there’s only minor tweaking. But, “The Tower” was the first song that I ever wrote that I was like, “I want to write a concept song.” And I didn’t think it was going to happen, but it did.

I met Phil through A.C. Newman, when I was singing backup on his record. From the second I met Phil, I was like, “I’ve known this person for a long time.” It was super laid back, like hanging out with one of your best friends. There was no ego, it was a partnership. And I like the studio he works at, because it smells like oil paint!

Well, it must be an exciting time for you, your first record on a new label (Razor & Tie). How great has that been for you as an artist?

It’s been really great, really rewarding. I definitely feel really loved over there. It’s a little bit harder money-wise, but you just figure out different ways to be creative and get yourself out there. We’ve been making these videos with two of my friends, Mandy and Lucia, who are these amazing photographers, but they’ve never made videos. So, we’ve been making these videos — it looks like they’re photos in motion. They look like mini-horror movie trailers.

Even with the record, I don’t think I would have been able to make a record like this at a major label. Because, I mean…”shit, that sounds like classic rock, but does it sell a million units these days?” But, that’s really all I want to make!