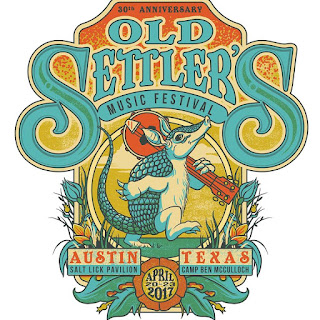 With the refreshing Texas breeze sweeping across the Hill Country, a thousand twangling instruments humming in the air, and a fair amount of craft beer, you’d think Old Settler’s Music Festival was bluegrass utopia. Despite it’s familial atmosphere and earthy roots music, however, I wouldn’t rush into naming this Americana heaven.

This year marked Old Settler’s 30th year, and many of its revelers have attended since year one. Talk to any of the festival’s regulars, and they’ll tell you the same thing: camping is the way to go. As you weave your way through Camp Ben MucCulloch, you’ll see RVs fighting for every square inch of space they can muster. Tribes of campers claimed their space, hanging twinkle lights and custom signs from their bohemian bungalows.

When you camp at Old Settler’s, you best come prepared with three things: food, water, and an instrument. Bluegrass jams lilted listeners to sleep into the wee hours of the morning (despite the campsites’ quiet hours—these pickers are rebels). BBQ grills wafted their smoke through the trees, and gallons of water sat beneath the billowing canopies. Don’t expect the festival grounds to supply enough water for you. Drinking stations were hard to come by, and the bathrooms were not equipped with hand sanitation pumps. If you’re expecting to grab a quick bite from a food trailer—forget it. That is, unless, you want to spend $12 on a plate of noodles.

In general, prices seemed to be a big deterrent for the regular attendees. For an event that takes pride in its returning festivalgoers, the costs reflected that of a major corporate festival.

Despite a few organizational flaws, Old Settler’s never failed to deliver what its fans care about the most: the music. Whether it was a twangy Led Zeppelin cover or a traditional folk song, your ears were always satisfied.

Gregory Alan Isakov’s rich, vibrant sound filled the fields with resonance on Friday night. You’d expect this tone from an intimate listening room, but not from an outdoor festival theater. Even as conversations trickled over the melodies, the crisp sound waves pulled you in.

The Lone Bellow’s high-energy set was a constant tug on your heartstrings. The ebb and flow between privately intimate lyrics and raucously wild guitar licks made the listener feel like they knew these musicians on a deeply personal level. Their presence has changed drastically since their three-piece acoustic days, with their new sound effortlessly filling up an outdoor amphitheater.

A midday songwriting session with Sarah Jarosz and Anthony da Costa inspired a group of aspiring musicians at the Discovery Stage on Saturday. Often answering the same questions, Jarosz and da Costa did their best to let us in on their unique creative processes.

The Old 97’s closed out Saturday evening with a whiskey-drenched dance party on the Bluebonnet Stage. Their lyrics are salty and their energy is high, and you can’t help but laugh when Rhett Miller wails the phrase, “He’s got the whole world in his hands/I’ve got Lone Star in cans!” Cheers to you, Rhett.

So maybe this isn’t a utopic fairy tale of a festival, but if it’s raucous boot-stomping and sleep-deprived jam sessions you’re after, you’ll get your fix at Old Settler’s.