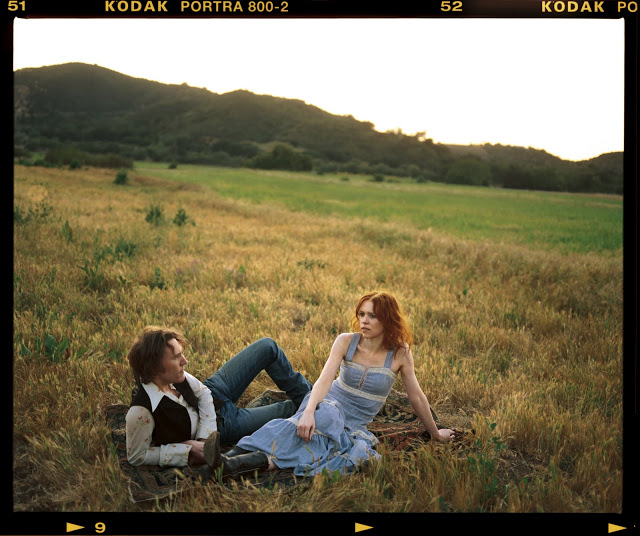 It’s the summer of 2001 that I miss the most. I still went to record stores often. I didn’t have an iPod. There was no Facebook or Twitter. I gladly waited for everything, and I didn’t care about the urge to broadcast every little moment that I experienced (something that I’m trying to care less about in 2011). There was so much discovery, so many voices I hadn’t heard, so many songs that had yet bring me to tears. Yes, music is an emotional experience for me, and I’m not afraid to admit that. And yeah, I’m a dude. Go figure.

I remember purchasing five albums that summer that changed my life: Bob Dylan’s Love & Theft, Lucinda Williams’ Essence, Matthew Ryan’s Concussion, Jay Farrar’s Sebastopol, and Gillian Welch’s Time (The Revelator). Now, there’s a common theme there, and I’m sure you’re able to figure it out, but the last two selections were particularly secured because I had also recently bought tickets to see Farrar and Welch at The Pageant later that year. Farrar I knew about, because of his band, Son Volt. Welch? Well, I had no idea.

Music can be funny sometimes — if you’re not introduced to an artist in the right way, it’s easy to be dismissive. My introduction to Gillian Welch and David Rawlings was just about as perfect as it could be: the songs on Time (The Revelator) are among their best work together — “Revelator,” “Red Clay Halo,” “I Dream a Highway,” “Elvis Presley Blues,” “I Want to Sing That Rock and Roll,” I could go on and on. The album still remains one of my favorites to this day.

Seeing Welch and Rawlings, however, is much different (and better) than listening to them in your car or at home on your stereo. I’m not sure if I really understood the beauty of their live performance in 2001 at The Pageant, in 2002 at ACL, or in 2004 at Mississippi Nights. Last night, though, was different. It’s very clear to me now that Welch and Rawlings are an absolute treasure when it comes to live music, a duo that doesn’t need much to thrill — all they had onstage were two microphones, two guitars, a banjo, and a stand behind them that held a few harmonicas. They also performed most of their set without power.

Yeah, you read that right. A storm left The Pageant running on batteries, or, I’m guessing, some heavy-duty 21st-centruy generator on steroids. There was no A/C for most of the show (it wasn’t Off Broadway, but it was a bit uncomfortable). They stopped serving alcohol. And at some point during Welch and Rawlings’ second set, the spotlights shifted on them, away from them, and any place around them, like they were being controlled by a six-year-old who was just discovering his or her newest toy. The bright red clock on the side of the stage flashed 12:00. We all know what that means.

But, as Welch sang on her 2003 album, Soul Journey, “one monkey don’t stop the show.” The power problem actually loosened things up for Welch, as she became more talkative as the temperature rose. She told a story of earlier in the day at her hotel where things were looking scary outside (“like a tornado was coming,” she said), so, in a moment of panic, she stepped outside her room and into the hallway wrapped in nothing but a towel.

“I was in the hallway, during the storm, in the pitch black…and I didn’t have my key or cell phone,” Welch quipped.

This confession came after a first set of music where the music did the talking. Welch and Rawlings opened with Revival’s “Tear My Stillhouse Down,” which was followed by The Harrow and the Harvest’s “Scarlet Town” and “The Way it Will Be.” “What did you want me to be?” Welch sang, as Rawlings picked and sang along.

Although the vocal mix was particularly poor for the first set, there were plenty of favorites that followed. Welch introduced “Elvis Presley Blues” as their first “holiday song,” as friends have told her that it gets radio play every year on the day Elvis passed. “Annabelle” and “I Want to Sing That Rock and Roll” were soon next, the latter proving the uniqueness of Rawlings’ guitar playing — I’m just not sure if I’ve seen another guitarist get so much out of delicately plucking away like he does. His body fidgets with every note, as if he is in some kind of trance that only he understands.

“Red Clay Halo,” another song from Time (The Revelator) led us into the break, a tune that gets started with Welch producing a “hmmmm mmmm” sound with her voice, standing just a foot away from the microphone. That’s when the duo explodes — it’s the slight calm before the storm of notes and harmonies hit. It’s hard to describe, but it’s beautifully done as a way to rev up their guitar and vocal engines.

The second set, aside from Welch’s conversation with the crowd, was highlighted by “Hard Times,” the best song off The Harrow and the Harvest. It got the most applause from any song from the new album, and its performance was the sweetest of the evening. It’s the one song where a straightforward approach works for the duo — the words and vocals are enough to reveal its brilliance.

The double-encore brought us perhaps Welch and Rawlings’ most popular song, “Look at Miss Ohio,” which was followed by a cover of Townes Van Zandt’s “White Freightliner Blues.’ Many artists cover Townes these days, but perhaps only Steve Earle covers him with more passion than Welch and Rawlings. The show could have easily ended there, but, fading power be damned, they returned with “The Way the Whole Thing Ends” and “I’ll Fly Away,” which of course turned into a crowd sing-a-long.

On a night where everything suggested a shortened set would have been acceptable, Welch and Rawlings carried on, giving us another lesson that delicate music doesn’t need much to survive.