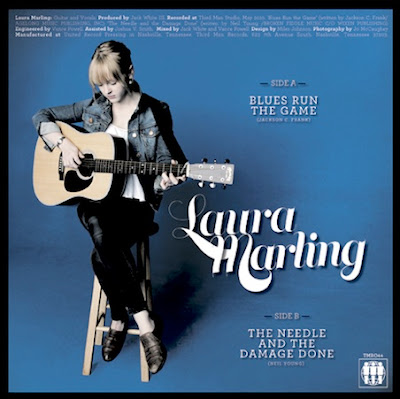 I love you baby, can I have some more?

There’s darkness in that lyric. Of course, it comes from Neil Young’s “The Needle and the Damage Done,” one of the best songs off Harvest, a great album from 1972. And yes, he wrote it about it about Danny Whitten, the original Crazy Horse guitarist whose life was taken by drugs.

Said Neil Young himself in the liner notes of Decade: “I am not a preacher, but drugs killed a lot of great men.”

I’ll leave it at that.

Many musicians have covered this song, and Laura Marling’s version, which was produced by Jack White, is certainly poignant. It’s as soft and haunting as the original, with the words clearly being the damaging weapon of choice. Kudos to Marling/White for reaffirming, not necessarily reinventing, this timeless gem.

Laura Marling – the needle and the damage done from sasufi on Vimeo.