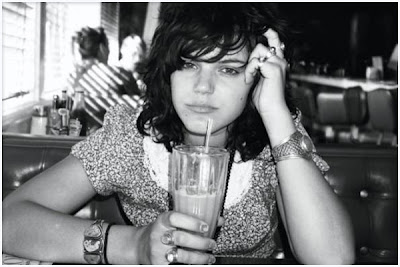 SoKo (AKA Stéphanie Sokolinski) is a French singer-songwriter (and actress) who is set to release her debut record I Thought I Was An Alien on February 20, 2012. The record’s eponymous single is a candid, reflective, breeze-pop pajammy jam. SoKo sings, accent in tow; “And you look at me as if I was a freak. But you said you like freaky people, so I thought you might like me a little bit.” Miss Sokolinski, we definitely like you a little bit, and we dig your folk-surf-pop sensibilities, even if you are a little… out there (see video below).

Keep your eyes and ears peeled for I Thought I Was An Alien a little later this winter. Check out the iPhone filmed video and try to get the alien images out of your head by bedtime.