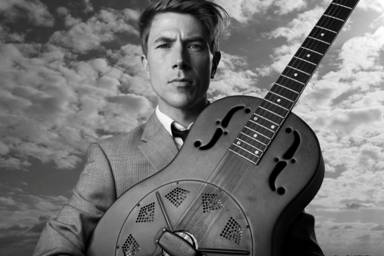 Blitzen Trapper is back! The Portland quintet just recently confirmed that its sixth studio album, American Goldwing, will be released on September 12th – the third release for the ever-brilliant Sub Pop Records. Full of the introspective and striking storytelling that countless critics have fallen in love with, Blitzen Trapper considers subjects ranging from falling in love, to drug running good old boys, to the final high school dance.

“American Goldwing,” the track, is a freewheeling ditty that balances the roughness of rock ‘n’ roll with country picking and grinning. Throw in some dirty keys, and a little slide, and this jam is ripe ‘n’ ready to blast out of your truck window.

Get your own copy below and ready that left arm tan.