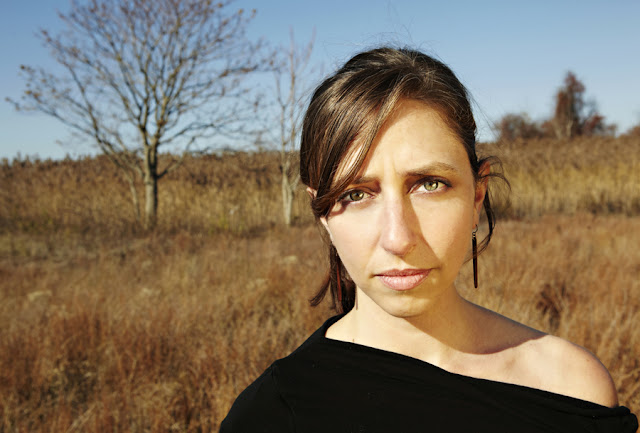 I don’t remember how I found Clare Burson’s music, I just know I kept listening to it when I did. I do remember the song — yes, that was “Love is Snow,” off the album Thieves. I remember it being sometime late last year, on a day when the wind howled outside. “I would give anything to hold on,” Burson sang. It felt welcoming.

Of course, I knew I had found something wonderful, something I could hold onto. And when that happens, I go exploring — I start reading all about the artist: interviews, bios, etc. And, I eventually found Burson’s 2010 release, Silver and Ash, an album so beautiful and interesting that I wanted nothing more than to see her perform these songs live. Luckily, on June 14th at Off Broadway (8:00 PM) and Vintage Vinyl (5:00 PM), I’ll get that chance – times two – finally.

Here’s the thing, though. We at Speakers in Code want to share this particular live music experience with you (RSVP here). We’re proud to be sponsoring the show, because we strongly believe in Burson, Peter Bradley Adams, and Dots Not Feathers as musicians. Above all, they deserve your attention, and for $10, we’re confident that you’re gonna hear something you like, something you’ll listen to the next day at work and throughout the rest of the year. Call it a guarantee, if you must. We’ll stand by our word.

As a bonus, local band Dots Not Feathers will be releasing its new EP at the show, so be ready to get a copy after their set. They’ll hit the stage at 8:00 PM.

We recently got in touch with Burson through e-mail, so please enjoy the interview below. Hope to see you on the 14th!

Silver and Ash is mostly a personal journey through the life of your grandmother, Helga Rabinowitsch. Your mother once told you not to ask your grandmother about her past. What made you ask?

The short answer: what eight-year-old wouldn’t want to start digging exactly where her mom asked her not to dig? What mystery doesn’t beg to be uncovered? A longer answer would touch on the fact that, as an extremely fortunate, sheltered little girl, I was fascinated by the idea that people I knew and loved had been so close to something so unfathomably dark, tragic, and monumental.

How do these songs translate to the live setting? Emotionally, do they present any challenges?

Excellent question.  I have developed three different frameworks within which to present these songs.  One involved a spoken narrative that places the songs in a context that is not necessarily apparent at a typical club gig.  I actually wrote a little book that accompanies this presentation. The narrative itself is not particularly straightforward, so the book outlines the inspiration behind each song.

The second approach joins the songs with storytelling and a four course meal. Each course corresponds to a different era/place explored on the album. I’ve only presented the dinner once before (with my friend Sarah Lohman – she has a great blog), but it was a grand success. Sarah and I both hope to do this again.

The third iteration of the album is simply performing the songs within the context of a typical club gig. As you might imagine, this is the most challenging setting for the tunes.  How do I transmit the emotional content of the material while still providing entertainment to folks who have come out for a good time?

You chose to record a cover of Arcade Fire’s “We Used to Wait,” and we named it one of our favorite cover songs of 2010. Why did you choose to record that song, and what does that song mean to you?

“We Used to Wait” is such a fabulous song – super-catchy – and the lyrics are spot on – concise and simple, but able to evoke the kind of emotion that sends chills up my spine. It also fits in perfectly with the themes I explore on Silver and Ash. Interestingly, shortly before The Suburbs was released, my mom found a stack of over 100 letters that my great grandparents wrote to my grandmother from Riga between 1939 and 1941. The last letter in June of 1941 was the last communication my grandmother ever received from her parents.

Upon hearing “We Used to Wait” for the first time, I felt as if Arcade Fire had written the theme song for my record.  How could I not take a stab at it?

“Magpies” is one of my favorite songs on Silver and Ash, and you wrote it after visiting your Grandmother’s home. Can you tell us a little bit about that song?

In November 2003, I was on tour in Germany. One of the shows was in Leipzig. On my way there from another town, I saw bare fields being picked over by beautiful black and white birds I had never seen before. I asked around to find out what kind of birds they were. I was told, “Elster.” But this was the German name, not the English name.  As an explanation, I was told that these birds are often featured in fairy tales and fables. They love shiny, glittering things. They are thieves. Magpies.

When I arrived in Leipzig, I discovered that my show was at a club not far from where my grandmother had grown up. The address was Thomassius Strasse 23. I went there, knocked on the door, and someone was home. A single mother with two daughters welcomed me into her home, where I spent close to an hour in the apartment that my great grandparents had shared with their children generations ago. The song spilled out of me the next day.

What are you most looking forward to about playing a show in Saint Louis? Any memories here?

My parents moved to Saint Louis in 2001, so I have never lived in Saint Louis, but I do love the town – especially the City Museum! I suppose I’m most excited about playing a show for my folks (and all of you guys), hanging out with them and the dog a bit, and perhaps taking a dip in their pool!

Clare Burson – I Will/With You