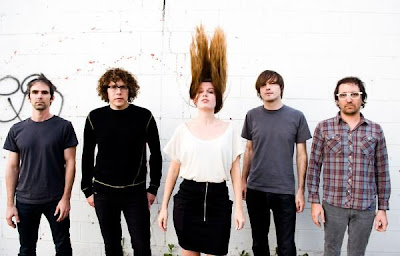 Let me start by saying I am not an ’80s music expert – in fact, many of the things I remember as coming from the decade actually came from the early ’90s. I know that ’80s vocals sound distant, and there was an abundance of hi-hat hits and Moogish keyboards backed by snappy drum beats. I know you danced with your hands down by your side for some reason, and that wearing a dorky outfit somehow solidified your non-dorkyness.

Our Jam of the Day “Heart Full of Pentagons” is pure ’80s bliss. It could be the soundtrack to any John Hughes film clip montage capturing all the insane things we do when we we’re in love as a teen. It’s about clarity, energy, and change – the virtual soul of the late 1980s.

It makes you feel something that is familiar, and for me, safe. It takes me back to the days I had no real cares, other than waking up in time to catch Saved by the Bell on Saturday morning (again, actually the ’90s).

From what I’ve heard, their new album Fission, which is out at the end of the month, delivers the layers of reverbed guitars, swirling keyboards, and strong rhythms that the band is known for, but adds more harmonies and pop sensibilities, making it Film School’s most accessible and expressive album to date.

Check it out below.