Not unlike the act of becoming blood brothers, sharing a hummus plate and crisp veggies while sipping on a liquor drink is a bonding experience. We know this because we experienced this almost a year ago with Brad Oberhofer who, at the time, wasn’t old enough to be ordering adult beverages. We interviewed him for the blog, pre-record deal, in anticipation of the release of his first proper album way off in times unknown. 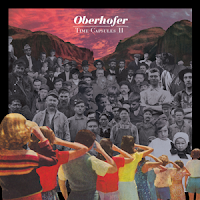 Well, that time is now approaching and seeing his name start to ping around the blogosphere makes us puff up our ample chests like proud papas (and mama) whose son just hit a home run.

Our Jam of the Day, “Heart,” is a tantalizing glimpse at great things yet to come. Building on the pop hooks he laid down via the o0O0o0O0o EP, the song builds intensely layered pianos, harps, strings, keyboards, and militia-like drums.

Oberhofer’s March 27th debut LP Time Capsules II sounds to be an immaculate step forward. Look for it soon on the insanely hot Glassnote Music label. Download “Heart” via that little arrow to the right below.