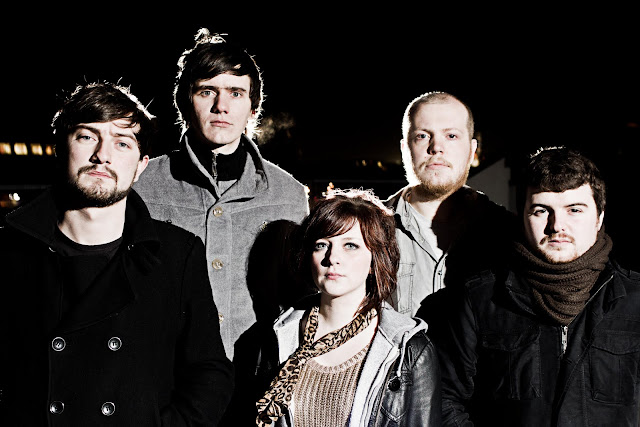 Admiral Fallow is a beeping awesome new band from the UK that is causing quite a stir in the land of the Scots. The band is fueled by young, foot-stomping and faintly maniacal singer/songwriter, Louis Abbott, who attributes his influences to the likes of Tom Waits, Elbow, Low and Mr. Springsteen himself.

Our Jam of the Day, “Squealing Pigs,” is a shining example of the band’s soul, as Abbott quite successfully allows his accent to be the focus of his singing, contrasting magically with the sweet sounds of co-vocalist, Sarah Hayes. But then the song breaks, and a softly plucked banjo is overtaken by heavily strummed guitars, screaming clarinets, and a chorus of voices that combine for a joyous and heart-filled ruckus.

The band, fresh off a UK jaunt supporting SIC faves Frightened Rabbit, is heading to this side of the pond for SXSW next month, so expect to hear much, much more about them post-festival.

Listen and download below. And Admiral Fallow – we fully expect quite a few people in the U.S. to know you in a year or so. No doubt in our minds.