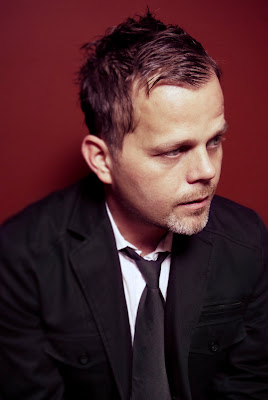 “Remember when we met/ We were so innocent/ I was so cautious, you were so cool/ The world was brand new…“

Those words come from the first Matthew Ryan song I ever heard, which was was “Devastation” off his 2001 album Concussion. That tune happens to be a duet with Lucinda Williams, another one of my favorite songwriters; the two paired together singing about being “devastation junkies” seemed to sing true to my ears nine years ago. It hurt so good.

But for Matthew Ryan, who always seems to get labeled as a guy who writes downers, I like to think that he’s a hopeful songwriter. Sure, his songs might seem to identify with the realness of heartbreak world that we live in. But, there is little mention of defeat in his music. Actually, there is a whole lot of fighting going on — to redeem, to look death straight in the eye, to find a new spark, to start all over again.

Mostly, to close the gap and win.

His new album, Dear Lover, which was released digitally late last year, gets its official release today. So, we decided to ask one of Tennessee’s best songwriters a few questions, and fortunately, Mr. Ryan obliged. Enjoy.

1. You’ve often mentioned how poetry is among your many artistic influences. If you could have a conversation with any poet (living or deceased) who has influenced your work, who would it be, what would you ask them, and why?

Funny, I’ve never really thought about sitting down and talking to a poet. Poetry is inspiring when it’s done well because it’s distilled humanity with momentum and rhythm. It leans on what is understood about being human. It can educate, but above all, it illuminates all the weather we experience. I think if I could sit and talk with one it would probably be Robert Frost. I have a strong suspicion he was a master of the real humor.

2. “P.S.” reminds me a bit of your last album Matthew Ryan Vs. the Silver State. To me, there is some kind of battle going on. War-influenced, perhaps. Without getting too specific, can you talk a bit about that song and what it means to you?

“P.S.” stands for Protest Song. I probably should have just named it Protest Song, because P.S. offers a bit of confusion for obvious reasons. It’s a song that’s confronting apathy as if it were a person. It’s like, “hey look, there’s apathy. Let’s kick the shit out of him.”

Every life is an epic story. All of us bloom in really only a handful of plots and settings. There’s so much beauty and power in the details. With Dear Lover, I wanted to re-ignite ground control, so to speak. As you get further into living you can start to feel overwhelmed by the distance between what you thought and what appears to be. But, you see, the world doesn’t really change, only how you view it changes. And sometimes, people get numb or disengaged with their real selves, and even worse, sometimes they succumb to the defeat of cynicism. Dear Lover knows you can never be innocent again once you’ve lost it, but you can reconnect yourself to those things that inspire that desire for more radiant living. Hope, romance, and conviction are my favorite emotions. If you can call them emotions, well, I don’t really care. Anthems inspire these things, they remind us of our greater selves, they can actually act as conductors to our more intimately connected hearts, minds and ambitions.

As far as my favorite anthems go, well this is just a couple. I really could go on and on:

4. One of my favorite Dylan lyrics is on “Idiot Wind” when he sings, “Even you, yesterday/ You had to ask me where it was at/ I couldn’t believe after all these years/ You didn’t know me any better than that.” It reminds me of Dear Lover, and all of the things we assume about one another, or don’t say to one other. Why is it that most everyone can relate to these types of lyrics/songs? Your thoughts, please.

My guess would be because we allow too much static between us. Too often we allow our intimacy with others and ourselves to be overtook by fear, nonsense, disappointment, and gobbledygook. We all feel misunderstood sometimes, but we often don’t recognize those moments as the real opportunities to really connect that they are. Over time, distance can accumulate. The work to regather can get harder, maybe even seem impossible to negotiate. Ultimately, though, we all long for intimacy — it’s what makes our engines hum with humanity. We’re always looking for it, that’s why songs like “Idiot Wind” resonate like they do. They’re tapped directly into the core of the human struggle.

5. Finally, what was the last great concert you attended, and what did you take away from it?

Hands down, Leonard Cohen’s show that I saw last November was the best show I’ve ever seen. It made a strong case for the real power found in the absence of ego. Not to mention the songs, humor, and music. It felt like we were invited to come walk around in a painting for three hours. An absolute treasure of a night. It’s what I aspire to offer one day, once I get over myself.