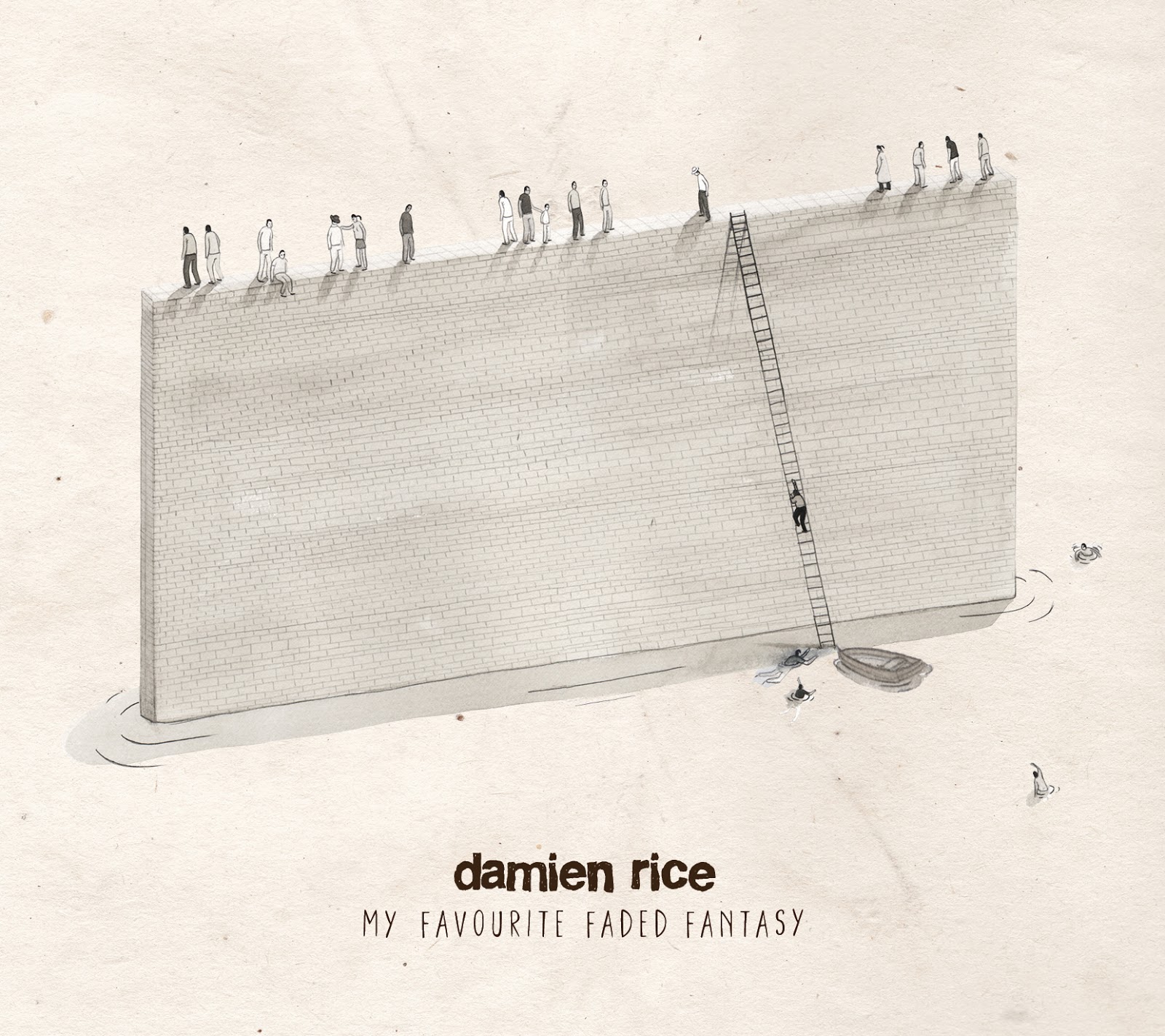 It’s time to get sad.

Well, you don’t really have to get sad. There is hope here, just take the album cover shown above for Damien Rice’s My Favourite Faded Fantasy (what a sad bastard title that is!). The poor chaps at the top have “made it,” although they have nowhere to go. I’d like to think they’re shouting down to that cat who’s about a third of the way up the ladder: “You’re better off swimming to the next island, lad!” I guess that’s my idea of hope.

Being listed as one of the best sad bastard songs of the year is pretty much the highest honor we can throw out here at Speakers in Code. Here are the 20 that did it for us in 2014.

Scroll below, or subscribe to the playlist on Spotify!

Darkness throughout, but Howard saves the best for the harrowing ending. What’s he saying? What the hell? Go to him? Do I even want to know?

“Letting go is not the same as pushing someone else away.” Oh, Damien. You’re the greatest bastard.

The whole album is a masterpiece, but there’s something about this song when she sings, “All I ever wanted was you.” Sigh.

Can you sound any sadder, Lana? I imagine her singing in a dark, smoky room, eating McDonald’s fries in an unmarked bag, and sipping pinot noir.

Simple, stunning, and sad. When everyone was trying to be different, Emily Wallace was being herself.

“I wish I could call you, I wish you were still around.” Ryan gives that line after dousing us with imagery. It’s why he’s one of the best.

“You got a lot of nerve to throw me out the way you did.” Chilling every time I hear Noah Gundersen sing it.

You don’t think “sad bastard” when you listen to The War On Drugs, but this one takes you to that place.

When William Fitzsimmons releases a new album, he’s a lock for this list.

My favorite part is at 2:54 to the end. She’s so patient when she sings.

“They all warned you bout me, don’t give your heart to a wreck.” And later, “I’m the lucky fool that you married.” This is a deep, deep album from start to finish.

This could make every Speakers in Code list from now until the end of time. “We took black and white pictures / With your hooded sweatshirt on / We were beautiful, broken, and young.” That right there is why I love great writing.

I met Damien Jurado once, and he was so kind. A quiet guy. And as talented as they come.

Probably the saddest song on this list. Here, just read this interview.

The whole Banks record is this dark, layered masterpiece,and then we get this soft, nuanced gem, which I obviously enjoy.

Okay, here’s the thing about Angel Olsen. She sounds tortured to the degree of her music is sometimes almost unlistenable. But there something that just draws you in, because the pain in her voice is just so natural. It doesn’t even seem as if she’s trying — like, that’s just how the beauty is coming out.

My friend Courtney sent me this song, and I immediately loved it. “Why don’t you be you, and I’ll be me.”

“These songs were written during a period of profound change in my life. Everything I want to share is there,” said Neil Young about Storytone. It’s a mixed bag of an album, but the one thing every Neil Young album has is soul.