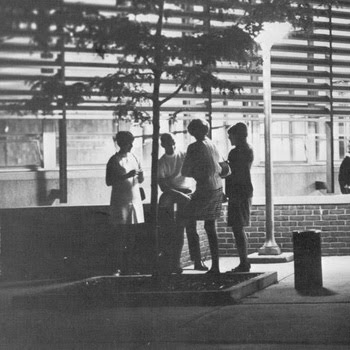 We first told you all about Cults back in November when “Go Outside” was our JOTD, and again in December when the dreamy track also made our Best Songs of the Year list. In 2010, however, precious little was known about this NYC duo.

The mysteries of Cults (apparently named individually, Brian Oblivion and Madeline Follin…sounds pseudonym-ish to us) will likely be revealed in 2011 as the pair have signed with In The Name Of / Columbia Records. The new year will also bring a headlining tour and a full length record with an anticipated May release (with production by Shane Stoneback, who has also worked on Sleigh Bells and Vampire Weekend records).

While you wait for more info, the tour, and the new record (we’re very very eager to hear more Cults and strenghten the following), join the flock by grabbing the self titled EP HERE and listen to the fanciful, yet somehow also oddly dark, “Most Wanted” below.