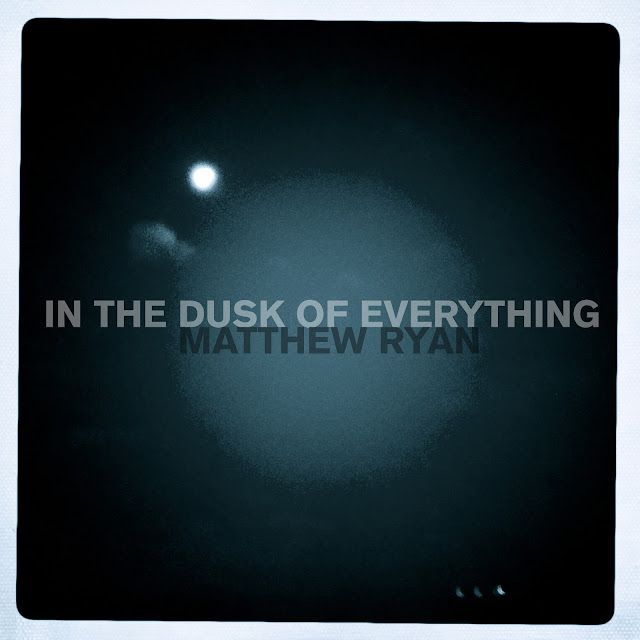 Oh, it’s been a painful year. And it’s been a beautiful year, full of memories, songs, and moments that I’ll never forget. Still, it’s a bittersweet life, full of questions that I’m either too afraid to ask or ones that offer sobering answers. Broken cliches, busted dreams; I’m in search of a life somewhere in between.

Matthew Ryan’s songs lie in this space. They float in the air of reality where people turn their backs on truth, because living another life is much easier. We hide. We run away. Rarely do we seek.

I’ll admit that when I first heard “I Hate Everyone,” the third track on In The Dusk Of Everything, I said to myself, “how can he be singing these words?” Still, in that same moment, I knew it was true: I’ve felt these exact same sentiments.

And I’ve learned this: there’s great danger in the notion of “us against the world.” That’s a path paved with cancerous weeds that will wrap around your heart and slowly cause it to die. The truth is, we need each other, and we all want to feel something. Or better yet, we want someone else to feel something. Listen to “And It’s Such A Drag,” and this will become clear.


In The Dusk Of Everything is an album about letting go, about saying goodbye (“Amy, I’m Letting Go,” “Let’s Wave Goodbye”). It’s about showing another one’s bruises and scars (“Stupid World”). It’s about being honest in the moment where we watch something or someone float away (“She’s A Sparrow“).

And sure, it’s about being brave, especially in those moments when you’re alone. This is the loneliest album I’ve heard this year, musically and lyrically. There is a difference, though, between loneliness and self-pity, and Matthew Ryan examines this space beautifully.


And really, we now live in an immediate world, where fast music is king and slow music is criticized for being, well, slow. But before we dismiss and bury art that doesn’t bloom instantly before our eyes, perhaps it’s best to spend some time with songs that will carefully and confidently teach us about the lives we live, where the sun doesn’t always shine, and the wind creeps into every hole we’ve created.

Are you letting go?